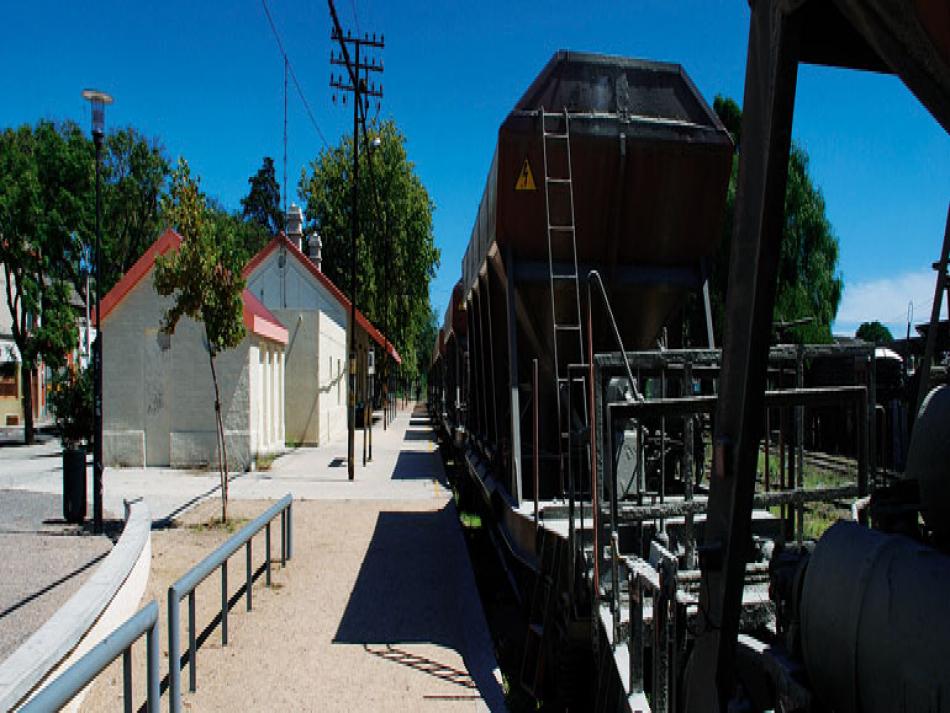 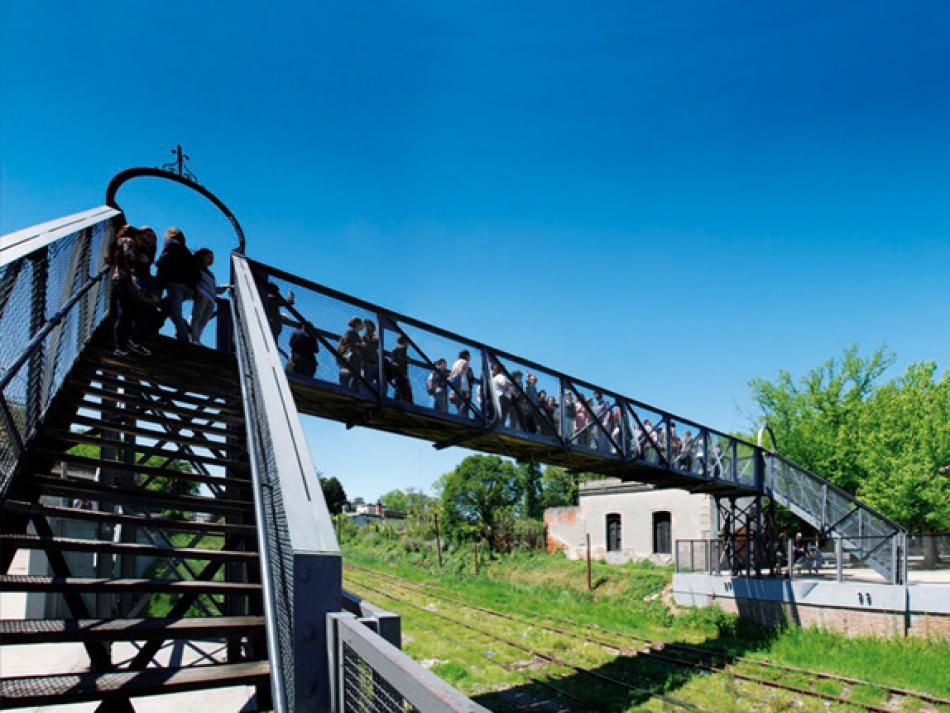 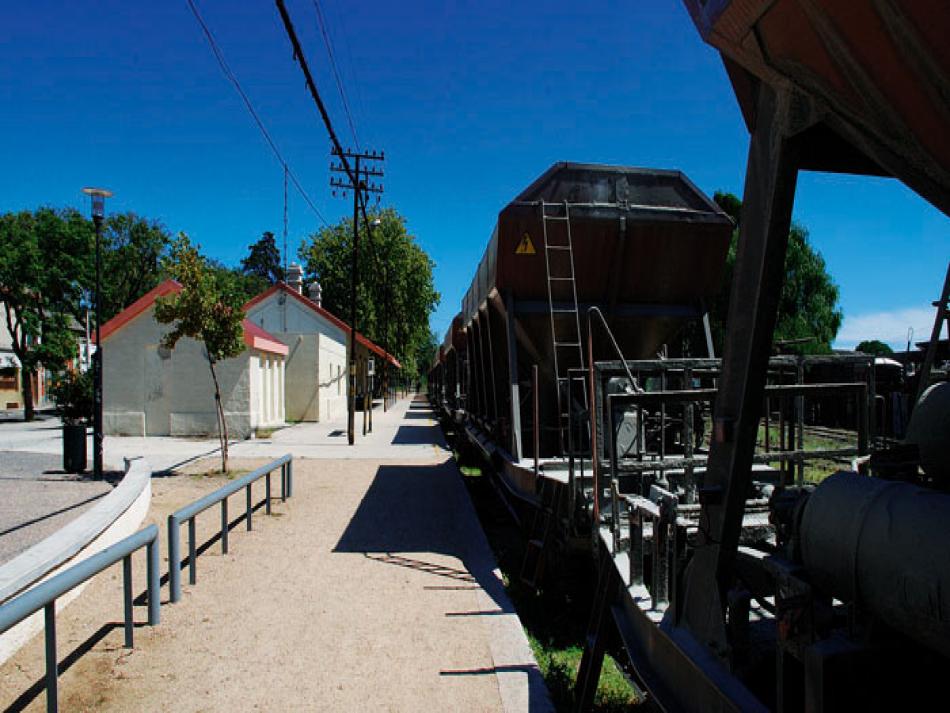 A railway station. The station’s square, where the old Ingleses fountain is located, has been recently refurbished and it features a skateboard rink and games for children.